Is Lane Splitting Legal in Indiana? 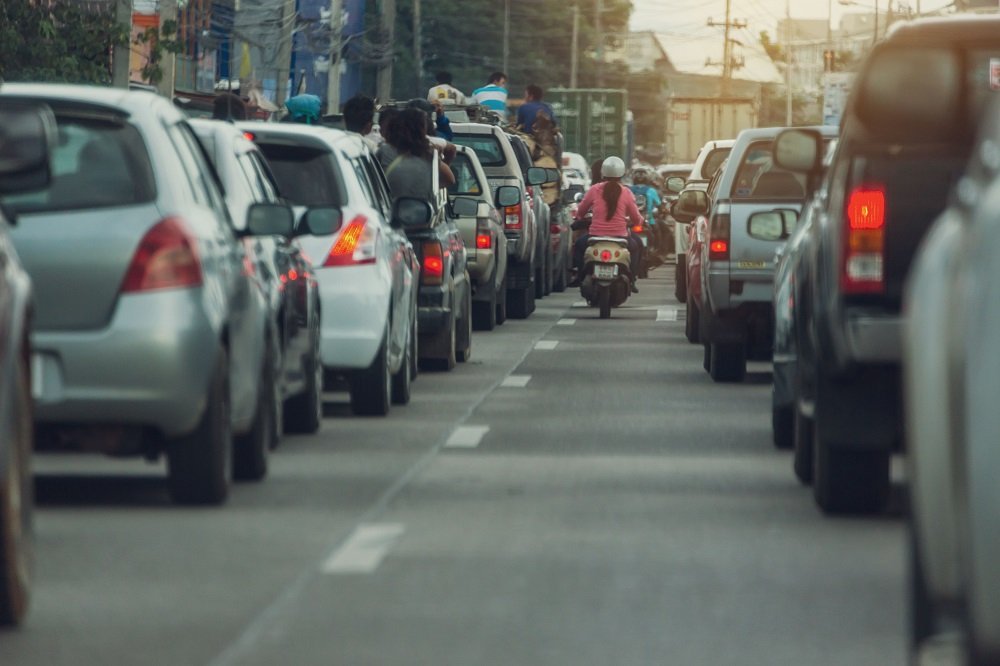 Is lane splitting legal in Indiana? Lane splitting in Indiana is illegal. Under Ind. Code § 9-21-10-6, “a vehicle may not be driven or operated in a manner that deprives another vehicle of the full use of a traffic lane.” Lane splitting encroaches on the space of other drivers and denies not one, but two drivers, the ability to make full use of their lanes. It can be highly dangerous and lead to serious motorcycle accidents.

What is Lane Splitting?

Lane splitting occurs when motorcycles ride between vehicles, or when a motor vehicle driver tries to “squeeze” into a lane next to a motorcycle. While motorcycles take up less space and tend to be more agile than standard vehicles, lane splitting is risky, and it puts everyone involved at a higher risk of colliding. So, if lane splitting is dangerous, why do people do it? Here are a few reasons: 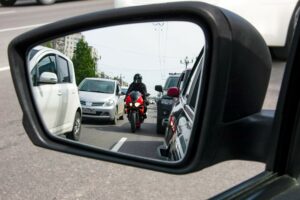 Lane splitting poses a threat – especially to motorcyclists. The sheer size and weight of average cars compared to motorcycles pose a serious threat as well. When accidents occur, motorcyclists are vulnerable to much more serious injuries because they have few protections other than a helmet. The larger the vehicle involved in a lane-splitting accident, the more serious the injury is likely to be. Additionally, because motorcycles don’t have restraints such as a seat belt, riders and passengers are often thrown off of the vehicle at the time of an accident.

Due to the nature of motorcycle accidents, traumatic brain injuries (TBIs) are a serious threat to riders and passengers. Even when motorcyclists are wearing helmets, they can still suffer a TBI. The impact of a collision often results in devastating injuries that can have a lasting impact.

How Can Lane Splitting Lead to a Personal Injury Claim?

Indiana Code § 9-21-10-6 states that all drivers should have full use of their lane of traffic. This law prohibits motorcyclists and vehicle drivers from lane splitting because this act prevents others from moving freely in their own lanes. When motorcyclists and vehicle drivers break the law by engaging in the practice of lane splitting, they open themselves up to both criminal and civil legal action.

A civil suit could be brought against a motorcyclist or vehicle driver for their negligent actions if it causes injury to the other people involved. While civil lawsuits typically require the plaintiff to prove that the other party was negligent in his or her actions, those who claim negligence per se allege that the actions were negligent in and of themselves. Since lane splitting is illegal, the plaintiff need not prove negligence beyond showing that the illegal act occurred. The plaintiff would then need to establish that the violation of the law caused his or her injuries.

How Can an Attorney Help You After a Lane-splitting Accident?

By closely studying the facts of your case, your injury lawyer from Truitt Law Offices will be able to gain an important perspective on what has occurred and can build the strongest possible case moving forward. Your lawyer will also protect you from the strategies that insurance companies often employ to try to avoid making payments or to pay as little as possible.

Insurance companies want to avoid paying the maximum amount that they owe to injury victims, which is why they often try to shift blame onto the victims. Due to the comparative negligence law in Indiana, victims can still collect damages even if they are partially at fault for the accident. However, the victim must not be 51 percent or more at fault for the damages, or else the victim will be responsible for damages.

When insurance companies offer settlements, they are hopeful that the injured parties will accept the initial offer – even if it is nowhere near the amount which the victim is owed. For this reason, you should always contact Truitt Law Offices before you accept a settlement offer. If necessary, an injury lawyer at Truitt Law Offices will take your case to trial in order to fight for a fair outcome.

Get Help from Our Indiana Motorcycle Accident Attorneys Today

If you or a loved one have been involved in a motorcycle accident in Indiana, you should do everything that you can to protect yourself. Speaking with a lawyer is a crucial way to protect your rights. In addition to free initial consultations, the experienced motorcycle injury lawyers at Truitt Law Offices work on a contingency basis. This means that we accept payment only if we win your case.

Our attorneys are prepared to help motorcycle victims throughout Indiana. For more than 40 years, we have provided quality legal representation to people just like you, and we are ready to help you if you have been hurt in a serious motorcycle crash. Contact us to schedule a free consultation today through our offices in Fort Wayne, Huntington, and Indianapolis.