Motor Vehicle Accident Fatalities in Indiana: A Look at the Statistics 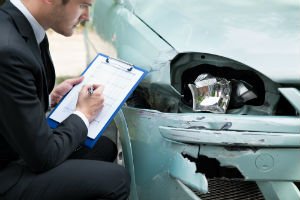 Unfortunately, things appear to be getting even more dangerous around the country for everyone on the road each year. In 2018, pedestrian deaths continued to rise at a shocking rate and reached a nearly 30-year high.

While experts have long been concerned about distracted driving – especially the use of smartphones by both drivers and pedestrians – they are also now looking at the growth of SUVs, which have been involved in an increasing number of pedestrian deaths on the road each year. In 2018, more than 6,000 men women and children were killed just while walking alongside US roads; that marks a four percent increase from 2017, and experts feel that those numbers are only going to rise as SUV sales and distracted driving remain a problem.

Highway deaths, in particular, have taken a turn for the worse recently, surging in nearly every category, but especially when it comes to pedestrian deaths. Overall pedestrian deaths near or on highways have increased more than 50 percent since 2009, and in 2018 alone, that number increased by a whopping 16 percent.

Indiana is No Exception, Especially When it Comes to SUV-Danger

In addition, Indiana experienced more than 800 fatal crashes and 900 associated deaths in 2017 — a reflection of especially high numbers, given the overall state population. These statistics are especially alarming when you realize that pickups and SUVs were involved in a large overall percentage of these motor vehicle crash deaths – even compared to large trucks, which have, historically, been notorious for being involved in especially devastating accidents. Indiana also had an alarming number of fatally-injured passenger vehicle drivers found with a blood alcohol content of more than .08 percent.

Who is Responsible, and What Do We Do?

So how can we attack this problem? First and foremost, better enforcement of distracted driving laws is imperative. Some localities have also started going after pedestrians who walk on or near roadways while distracted by their smartphones. However, improving the roadway design is also a must: Some cities and localities are arguably contributing to the problem by not ensuring that the roads are safe, that pedestrians can be seen by cars, and that the laws are enforced.

If you or a loved one has been injured by a car accident – whether you were a driver, passenger, or pedestrian – contact our experienced Indiana auto accident and personal injury attorneys today to find out how we can help ensure that justice is done and you receive the compensation you need to get back on your feet. In some cases, it isn’t just the drivers involved who are responsible, but also the city and/or locality as well for its negligence.