Skip Navigation
Home Who Is at Fault If Someone Brake Checks You in Indiana?

Who Is at Fault If Someone Brake Checks You in Indiana? 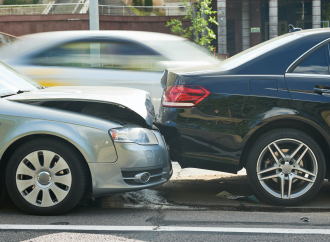 Were you involved in a rear-end collision after another driver decided to brake check you in Indiana? If so, you may be worried about whether you could be held responsible for the crash. People almost always assume the rear driver is responsible for a rear-end accident, but what if the collision only occurred because of an aggressive brake check?

It is vital to work with a trusted attorney if you have been involved in a brake check accident in Indiana. At Truitt Law Offices, our dedicated personal injury lawyers have been fighting for Indiana accident victims for more than 40 years. We know just how catastrophic brake check accidents can be. Our team is here to help you hold aggressive drivers accountable.

Contact us today to discuss the details of your Indiana brake check accident with an attentive member of our team. We provide free initial consultations and do not charge any legal fees unless we win money for you.

What Is Brake Checking?

Brake checking occurs when a motorist intentionally slams on their brakes to startle, irritate, or intimidate the driver behind them. The driver on the receiving end of a brake check is typically forced to brake suddenly or swerve into a neighboring lane to avoid causing a rear-end collision.

In many cases, the rear driver does not have enough time or distance to maneuver and collides with the vehicle ahead of them. Traffic behind the brake check victim might also be unable to stop in time. That can lead to frustrating scenarios where both parties claim they were wronged and dispute who is actually at fault.

Here are the top reasons drivers brake check other drivers:

Yes. Brake checking is an illegal driving practice here in Indiana. Indiana is one of just 11 states with specific laws against aggressive driving.

Aggressive driving is typically prosecuted as a Class A misdemeanor in Indiana traffic courts, punishable by $5,000 in fines and up to one year in jail. If someone is convicted of aggressive driving in a highway work zone, they could even be charged with a felony.

Is It Always My Fault If I Rear-Ended Someone?

Some people assume that the driver in the rear is automatically at fault when they crash into a vehicle in front of them. However, the truth is that the driver of either could be at fault and, in some cases, another party may share responsibility.

If an aggressive driver intentionally cut you off and brake-checked you, they would likely be at least partially at fault. In some cases, you would bear at least some responsibility for failing to maintain a safe following distance or stop your vehicle in time. However, with strong enough evidence, it might be possible to demonstrate you had no way to avoid the crash.

A third party might also be partially at fault for the accident. For example, if your brakes didn’t work because a manufacturing defect caused them to fail, the negligent manufacturer of the brakes may bear responsibility. A knowledgeable attorney can help you determine who was at fault in an Indiana brake check accident and seek compensation from all possible sources.

How Can You Prove the Other Driver Brake Checked You?

Proving that the other driver brake-checked you is difficult, but not impossible. With the help of a trusted car accident lawyer, you can gather and present evidence to support your claim, such as:

Brake checking is a hazardous and negligent practice. While drivers might employ the tactic with the intent of irritating or sending a signal to another driver, their actions could ultimately cause a severe injury or fatal wreck. If an aggressive driver brake-checked you and caused you harm, turn to the Indiana car accident attorneys of Truitt Law Offices right away for help.

Contact us today to learn more about your legal options in a free initial case review.