Skip Navigation
Home Why a Motorcycle Accident Has Serious Consequences

Why a Motorcycle Accident Has Serious Consequences 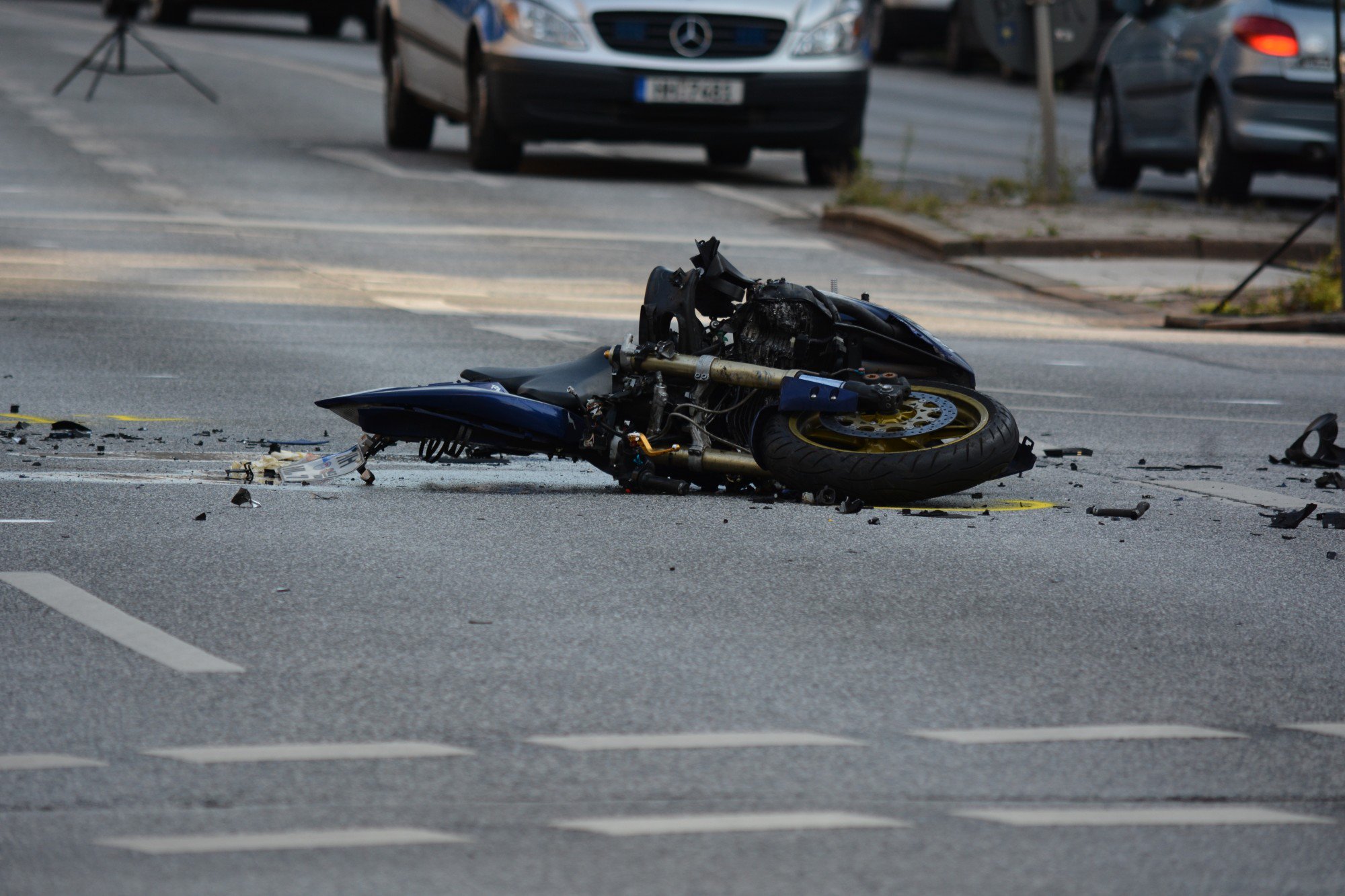 Are you thinking of getting a motorcycle?

These sleek vehicles will allow you to weave through cars and make traffic a non-issue. With the convenience and flexibility it offers on the road, no one can blame you for wanting to get one for yourself. Another great thing about them is there’s a big selection of motorcycles for you to choose which one suits you best.

However, there’s the looming threat that a motorcycle accident could happen when you turn the next corner and once you experience its consequences, you’ll know why only a few people ride motorcycles on a regular basis.

How dangerous are motorcycles?

Not a lot of people realize the severity of getting into an accident or crash. We’ve prepared something below to explain why and how dangerous motorcycles and accidents related to them are.

When you’re in a car, you have a lot of things to help you keep fatal injuries at bay. The car itself helps absorbs most of the impact before it gets to you, car interiors are often lined with soft materials to help soften the impact to an extent, and airbags are ready to deploy whenever a motorcycle accident occurs.

When you’re in a motorcycle though, you don’t have those luxuries. The rider is often launched out of their motorcycle if the force of the crash is too much for them to handle.

The crash alone can everything from the shoulder down to the fingertips of the rider. Couple that with how they land on the road and the potential of injury increases tenfold.

Yes, there are airbags designed for motorcycles too, but they won’t save you if you’re launched away from your vehicle.

2. Less Control on a Motorcycle

A common misconception of people is that motorcycles are easier to control than cars. They mistake being able to maneuver your motorcycle through small spaces to be a sign of better control. The truth is that these vehicles are much harder to have a handle over than cars.

Controlling a motorcycle comes down to how fast a rider can react to what’s on the road. Once something pops up from the driver’s blind side, they have little time to react due to the average speed of a motorcycle. In most cases, riders tend to jerk the vehicle to one direction to avoid it.

When this happens, it’s only a matter of time before they swerve out of control. The reason for this is a motorcycle is more sensitive in steering than a car is. In fact, it’s sensitive to the extent that a slight nudge can send them in a fatal spiral.

3. Sudden Breaks Will Leave You Injured

Speed is one of a motorcycle’s main features. It’s what makes a motorcycle both a unique, useful vehicle and a potential death trap.

For the most part, motorcyclists always drive faster than cars while on the freeway. They average about 3km/h above cars and are often always 5km/h above the granted speed limit of any road. Because of this, any sudden break can and will send the rider flying far from his vehicle.

If you’re lucky, you’ll land as soon as you launch and skid the rest of the way. This can still give you serious injuries though through abrasion from the road. The fall itself can also cause some fractures to whichever body part you land on.

If luck doesn’t favor you when after you launch out of your bike though, you can expect worse to happen. The longer you stay in the air, the heavier the damage on you will be when you land. This can lead to a broken arm or a dislocated hip.

The worst-case scenario here is a shattered skull. This is why it’s always important to wear safety gear like a thick riding suit, gloves, and motorcycle helmet.

4. They Go Unnoticed by a Car’s Mirrors

This is another motorcycle myth a lot of riders believe a little too much. Drivers undergo a lot of lessons and practice to help them become proficient in preventing crashes and accidents by teaching them how to become defensive drivers on the road. The problem here is they’re trained to be able to spot cars more than anything in their mirrors.

It’s obvious that cars have a larger profile than motorcycles do. This makes them easier to spot when a driver checks their side mirrors or even by the driver’s peripherals. Motorcycles, on the other hand, give a smaller window for a driver to react because of their smaller profile.

This inherent design flaw makes you a smaller image on mirrors and thus, more difficult to see. Accidents can happen in a second and this may cost you more than that.

5. Some Road Maneuvering Techniques are Too Dangerous

The main reason why motorcycles are more dangerous than cars is because of how they function on the road. Riders often default to weaving between cars during traffic despite warnings and such. They do so because they can.

Some even weave from lane to lane to avoid the traffic if the opportunity presents itself. This is what people call lane splitting. This is illegal in most states like Indiana as confirmed by some Fort Wayne law firms.

However, some states don’t give a second glance to this dangerous technique. This means people who think they can pull it off without harm will attempt to do so despite the odds. This can then lead to more accidents and crashes.

Got in a Motorcycle Accident? Contact an Indiana Lawyer Now

Riding a motorcycle means you’re likely to get in a motorcycle accident or 2 no matter how careful you are. When it does happen, you’re going to need all the help you can get, both medical and legal.

Contact us here and we’ll provide the best legal advice for any vehicular incident you find yourself in.