Skip Navigation
Home Who Is at Fault for a Car Accident Caused by Snow or Ice?

Who Is at Fault for a Car Accident Caused by Snow or Ice? 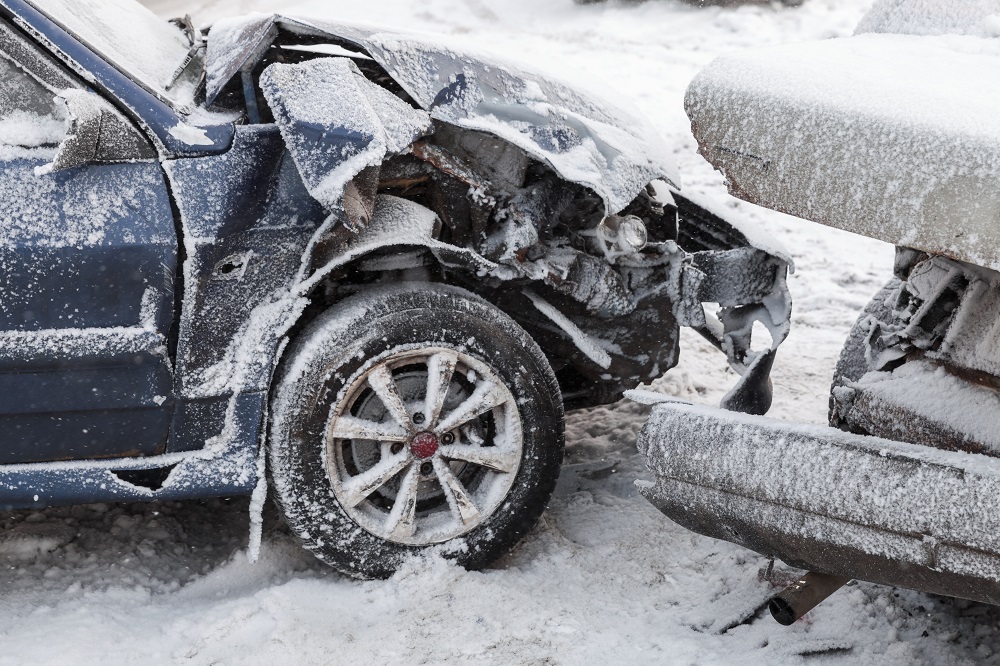 Indiana gets its fair share of ice and snow every winter. Although this weather allows for some fun winter activities, it can also wreak havoc on our roads. Yet, even though the roads may be snowy and icy, drivers are still expected to drive safely. When they fail to do so, they can be held responsible for any car accidents and injuries which they cause.

How Do Snow and Ice Contribute to Car Crashes?

Snow and ice contribute to car crashes in a number of ways. The first and most obvious way is that this weather makes the roads especially slick and, in turn, makes it more difficult for drivers to control their vehicles and operate them in a safe manner. However, it is not only the actual roads that cause crashes in snowy and icy conditions.

Drivers should clear their entire vehicle of snow and ice before they hit the roads. When they clear only their windows, the snow can fall down from the roof onto the window and reduce the driver’s visibility. Additionally, large pieces of ice can fly off a vehicle when it is in motion and crash into another vehicle, causing that driver to lose control.

The Federal Highway Administration recommends that drivers reduce their speed by 30 to 40 percent in snowy conditions. Unfortunately, drivers in Indiana often fail to slow down and adapt to bad weather conditions. This is extremely dangerous because the tires on a vehicle cannot gain enough traction on snowy and icy roads. If a driver loses control of his or her vehicle, the driver may skid into another lane. A driver may also go off the road and then overcorrect into oncoming traffic. Additionally, when a driver goes too fast, the driver may be forced to slam the brakes when the driver encounters another car or obstacle.

What is Black Ice?

Black ice is an extremely dangerous condition that can exist on Indiana roads during the winter months. It typically forms when there has been significant thawing and refreezing, or when there has been a light freezing rain. It is basically a thin, slick glaze on the road’s surface.

Drivers often cannot see this ice because it is clear. It blends right into the road. So, they fail to adapt their winter driving to the slick surface. Intersections, highway ramps, bridges and shady areas are all places where black ice is commonly found. The Indiana Department of Transportation advises all drivers to approach these areas slowly and to always expect black ice – particularly in bad weather conditions.

What Is a Driver’s Duty of Care When Driving in Bad Weather Conditions?

One of the main fears that accident victims have after being involved in an accident caused by snowy and icy conditions is that they will be unable to claim compensation for their injuries. They may believe that another driver cannot be at fault for an accident when it was caused by the weather. 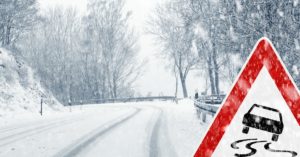 However, even when the conditions are poor, drivers in Indiana are still expected to drive in a safe and reasonable manner. Drivers should slow down, stay a safe distance behind the vehicles in front of them and remain in control of their vehicles to avoid a rear-end accident. If they fail to do so, they can be held liable in a crash – even when bad weather conditions largely contributed to the crash.

How Do You Prove Fault in an Accident Involving Snow or Ice?

In order for a personal injury claim to be successful after a car accident, you must provide evidence that another driver was at fault. Types of evidence which may establish the fault of another driver include:

How Can a Lawyer Help If You Were in a Crash in Snow or Ice?

A lawyer from Truitt Law Offices can help in many different ways if you were involved in a crash due to snow and ice. In particular, we will conduct a timely, full investigation in order to determine how your accident happened and who should be held liable. As part of our investigation, we may visit the scene of the crash, speak to witnesses and reach out to our extensive network of experts. We will also collect and analyze your medical records and consult with experts in fields such as life-care planning in order to fully assess your damages. Above all, we will demand maximum compensation for you. If an insurance company refuses to make a settlement offer that you can accept, we will be ready to fight for you at trial.

Get Help from a Fort Wayne Car Accident Lawyer Today

If you have been involved in a car accident in snowy and icy conditions, our car accident lawyers in Fort Wayne can help you. At Truitt Law Offices, we are passionate about protecting the rights of car accident victims and pursuing just compensation for them. Contact us today to learn more about how we can help you in a free consultation.