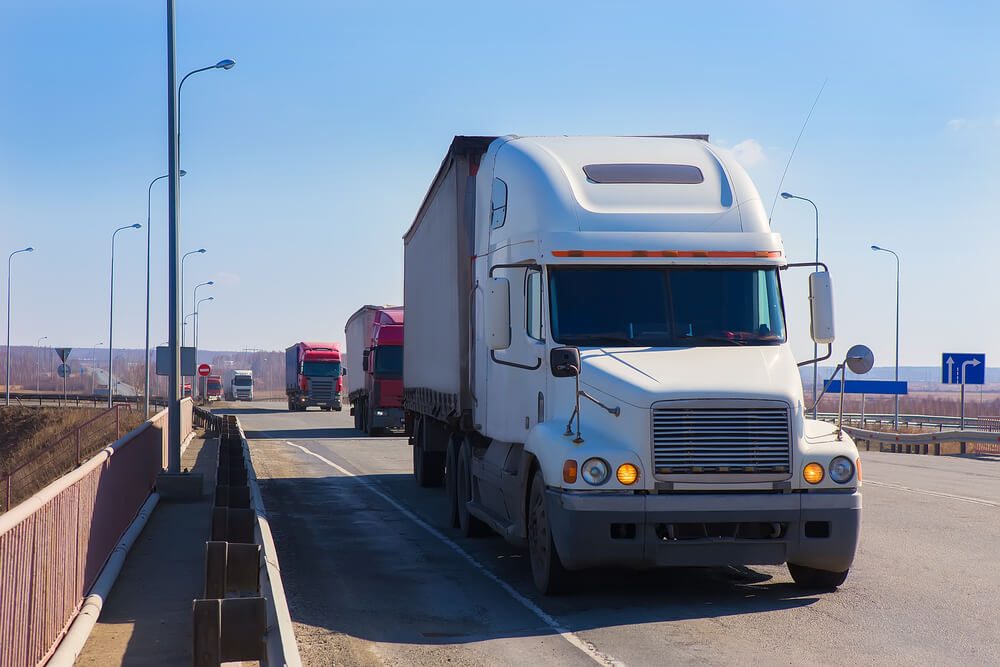 Thousands of Americans are injured or killed in crashes with large trucks every year. Indiana residents are no exception. Recent reports suggest that the Hoosier State is one of the deadliest states in the U.S. for large truck crash victims. This is likely due to the prevalence of large trucks in our state that deliver goods here and travel through it. One of the best ways to avoid becoming a statistic yourself is to recognize and avoid a large truck’s so-called no-zones. The Fort Wayne truck accident lawyers at Truitt Law Offices will tell you what and where these no zones are.

What Are No-Zones on Trucks?

According to the National Highway Traffic Safety Administration (NHTSA), “no-zones” are the dangerous areas around trucks and other large vehicles in which traffic accidents are more likely to occur. Truck drivers cannot see vehicles in these blind spots. Blind spots are located:

Even though these blind spot areas tend to be the most hazardous since truck drivers are completely unable to see other vehicles in them, a truck’s no-zones actually extend further than its blind spots. Commercial truck drivers may have difficulty seeing other cars properly for several hundred feet behind their trailers. It’s a good idea to avoid following closely behind large trucks in this dangerous area.

Similarly, these multi-ton vehicles need much more room to slow or stop than passenger cars, so a truck’s front-end no-zone also encompasses several hundred feet in front of its cab. Lingering in this area or any other no-zone can have serious or even fatal consequences.

How Can You Avoid Truck No-Zones?

Since truck drivers have larger blind spots and more limitations when it comes to making quick maneuvers, it is important to avoid truck no-zones by:

How Can You Minimize Your Blind Spots?

While there’s no way to eliminate the no-zones on a large commercial truck, you can minimize your own blind spots as much as possible. All cars are designed with a certain number of blind spots. Taking extra precautions to identify them and reduce their size can significantly decrease your chances of a traffic collision.

You can start by sitting as you normally would in your vehicle’s driver seat and examining your field of view in each of your windows and mirrors. Any areas you are unable to see represent your blind spots, and you should adjust your mirrors as much as possible to minimize these areas.

Take the side-view mirror on the driver’s side of your car and adjust it until you can see your vehicle in the innermost edge of the reflection. Then, tweak the passenger-side mirror in the same way. Finally, adjust your rear-view mirror so that the entirety of your rear window is visible in its reflection.

Make sure you re-check the positions of your mirrors regularly and adjust them accordingly any time you reposition your seat.

Why Are Large Trucks Prone to Rolling Over?

When other vehicles linger in large trucks’ no-zones, many different kinds of devastating accidents can happen. One of the most common and deadly types of truck wrecks is the truck rollover accident, in which a large truck is flipped over onto one side. Rollover accidents can happen for a variety of reasons, but many occur when truck drivers swerve to avoid hard-to-see cars in their no-zones.

Large trucks are especially prone to rolling over because of their relatively high center of gravity. Many 18-wheelers have trailers that are 13 or 14 feet tall. At this height, even minor losses of control as drivers go around turns or make abrupt stops can create enough instability to completely topple these colossal vehicles.

In some cases, improperly loaded or overloaded cargo in tractor-trailers can also cause rollover accidents. If you are in a truck’s no-zone during a rollover accident, you are at serious risk of being crushed by falling objects or struck by flying debris. To reduce your chances of accidental injury, stay alert and be mindful of no-zones when driving near any large commercial truck.

According to data published in a recent year by the Indiana University Public Policy Institute:

Additional data from the NHTSA reveals:

The Federal Motor Carrier Safety Administration also reported that Indiana was one of the top ten states with the highest average number of fatal truck accidents during a recent three-year span.

If you were injured in an Indiana truck accident, you may need substantial compensation to cover your immediate and long-term care needs. The dedicated personal injury lawyers of Truitt Law Offices can help. Contact us now for a free consultation to learn how we can help with your claim.