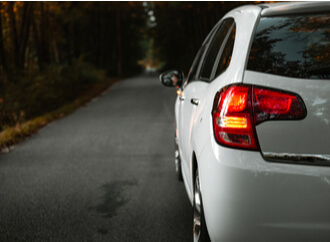 Making a safe left turn can be a challenging maneuver. It takes knowledge of Indiana’s right-of-way laws. A driver also has to use instinct and common sense. Unfortunately, too many drivers in Fort Wayne either fail to recognize or respect when they should yield before they turn left, or when they should yield to a turning driver. In many cases, they are in too much of a hurry, distracted by their phone or impaired by drugs or alcohol, which leads to bad decisions.

If you were recently involved in a left-turn accident in Fort Wayne that you believe was someone else’s fault, you should seek legal help right away from an experienced car accident attorney at Truitt Law Offices. Contact us today for a free consultation. As you will quickly see once you start to work with us, we listen, and we care. We’ll take the time to understand how your left-turn accident happened, and we will help you to explore all of your legal options.

Is Improper Turning a Common Cause of Car Accidents?

It should come as no surprise that an overwhelming number of accidents in Indiana happen at intersections. In fact, nearly 64,000 crashes in 2018 alone occurred at four-way, T and Y intersections in our state, according to the most recent annual traffic crash statistics from the Indiana University Public Policy Institute (IUPPI).

What Is Considered an Improper Left Turn in Indiana?

As we have seen over the years at Truitt Law Offices, left-turn accidents commonly occur because one driver fails to yield the right of way. For instance, a crash can occur when the driver who is making the left turn:

The left-turning driver, however, is not always the one who is at fault for a crash. Drivers can hit the turning driver if they:

How Can You Prove Fault in a Left-Turn Accident?

At Truitt Law Offices, we know how to investigate left-turn accidents. If you were hurt in one of these crashes, we can gather and examine evidence such as:

All of this evidence can indicate which driver was at fault – or largely at fault – for the accident. In some cases, the fault may be clear and indisputable. However, if necessary, we can work with an accident reconstruction expert who will know how to piece together all of this evidence and determine the fault for a left-turn crash.

However, in a left-turn accident claim, proving liability is only half the battle. Truitt Law Offices will also review your medical and work records and listen carefully to you to determine the amount of damages that you should seek in your case. We want to know how your accident has affected your life. Our goal will be to make things right for you. 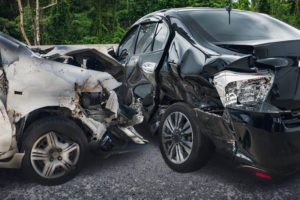 Sometimes, both drivers in a left-turn accident share fault. For instance, one driver may turn left in front of an oncoming car when that driver does not have the right of way. However, the driver in the oncoming car may have been able to avoid the crash if the driver had not been speeding or driving while distracted.

Indiana has a modified comparative fault system. Under this system, if you were partially at fault for a left-turn accident, you could still recover damages as long as you were less than 51 percent at fault for it. In that situation, your damages would be reduced according to the percentage of fault assigned to you. For example, if you sustained $100,000 in damages, but you were 20 percent at fault, your damages would be reduced to $80,000.

Get Help from an Experienced Fort Wayne Car Accident Lawyer

If you have been injured or lost a loved one in a left-turn car accident in Fort Wayne, you may have no idea about what to do next. It can be a stressful time. That’s why you should turn to an experienced car accident lawyer at Truitt Law Offices. While you focus on your health, we can start work right away on pursuing all damages that you are entitled to receive. Contact us today for a free case review.