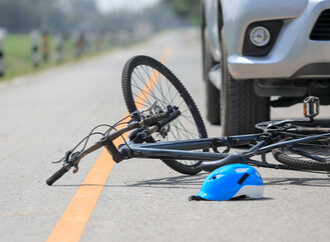 If you recently suffered injuries in a bicycle accident in Fort Wayne or elsewhere in Indiana due to someone else’s careless or reckless driving, you can count on Truitt Law Offices in Ft. Wayne to be on your side. We will listen to you, protect your rights and fight for the maximum amount of compensation for you. To learn more about how we can help you, contact us today for a free consultation about your case.

Biking is a popular activity in Fort Wayne and in communities throughout the country. It could actually be even more popular if the roads were safer for cyclists. In one national survey, 54 percent of respondents said that their worries about getting hit by a car or truck kept them from biking more, while 46 percent said they would bike more often if they were physically separated from traffic.

Those concerns are well-founded. In 2018 alone, 822 cyclists were involved in collisions in Indiana, the Indiana University Public Policy Institute reports. More than 600 of those cyclists suffered injuries, and 22 died.

The reality is that many crashes between cars and bikes are entirely preventable. They result from drivers’ failure to share the road safely with cyclists. In short: If you ride a bike, it can be dangerous out there.

Why Do Bicycle Accidents Happen in Ft Wayne?

Truitt Law Offices has helped bicycle accident victims in Fort Wayne and throughout Indiana for more than 40 years. We know how to thoroughly investigate these accidents, determine the causes of them and identify those who should be held responsible. As we have seen, many collisions between cyclists and drivers involve factors such as:

A person riding a bike has no structural protection that will absorb the impact of a collision with a car or truck. So, even when a cyclist wears a helmet, the cyclist may still suffer severe traumatic brain injury (TBI) or other serious harm such as:

At Truitt Law Offices, our attorneys take the time to get to know our clients. We want to understand how your personal injuries have affected you not only physically but emotionally as well. We know how the trauma from a bike crash can linger. We also know how difficult life can be when your personal injuries prevent you from being able to work or enjoy the same activities as you did before. Our goal is to secure the compensation that will fully and fairly reflect the harm that you have suffered and help you to move forward in life.

How Can a Lawyer Help You After Ft. Wayne Bicycle Accident? 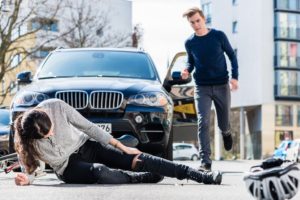 Indiana has a modified comparative fault system. Under this system, you can be barred from recovering anything after an accident if you are determined to be 51 percent or more at fault for it. If your fault is below that threshold, you can still recover damages. However, your damages will be reduced according to the percentage of fault assigned to you.

Insurance companies try to use this law to deny or minimize the amount which they pay to injured cyclists. They try to shift blame for the collision to the cyclist. For instance, an insurer may claim that a cyclist rode too far out in the road, lacked the right of way, or failed to wear a helmet. This is where a lawyer can help.

At Truitt Law Offices, we will carefully investigate and prepare your claim for damages. We won’t let the insurance company get away with putting the blame where it doesn’t belong. We will fight for the full amount you are due. If the insurance company refuses to make a settlement offer that you can accept, then we will be ready to put a solid case before a jury.

We represent bicycle accident victims on a contingency fee basis. So, you will pay no costs or fees unless we secure a financial recovery for you – whether it is through a settlement or verdict.

Get Help from an Experienced Fort Wayne Bicycle Accident Attorney

Did you suffer injuries in a bike crash due to someone else’s negligence? If so, don’t try to take on the insurance company on your own. Contact us today at Truitt Law Offices and let us get to work right away on pursuing all compensation that you are due. Call or reach us online to schedule a free consultation through our offices in Fort Wayne, Huntington, or Indianapolis.