Are U-Turns Legal in Indiana? 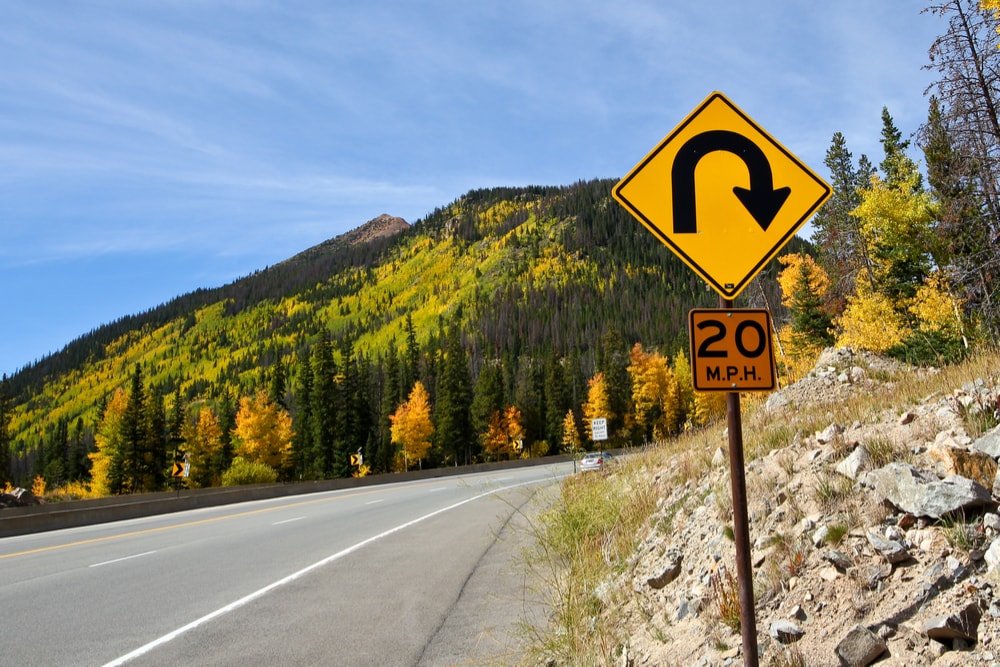 Did you recently get into a car accident with another driver who was making a U-turn at the time of the collision? If so, you will want to pursue full and fair compensation from that driver for all of your injuries and losses.

As you move forward, it will help you to understand when U-turns are legal and illegal under Indiana law. Here, we provide a brief overview.

U-Turns in Indiana Are Legal – Except When Dangerous

Indiana law generally allows U-turns. However, the Indiana Vehicle Code prohibits certain types of U-turns. To better understand when a U-turn is legal or illegal, you should look at IC 9-21-8-22. The law says that a driver cannot turn a car in such a way that it faces the opposite direction:

This is a common sense law. It basically means that U-turns are generally fine except when a U-turn presents an unusual danger to others.

Why Does the Law Prohibit U-Turns in Certain Situations?

The National Highway Traffic Safety Administration (NHTSA) tracks and records crash data and conducts studies that look at the causes of crashes. The agency’s goal is to improve the safety of our country’s roads and highways and to prevent auto accident-related injuries.

The NHTSA has specifically researched speeding and stopping distances. This research shows that the following average stopping distances apply, depending on car’s speed of travel. These numbers assume dry pavement, clear road conditions and a sober driver:

Driver reaction factors heavily into the calculation of stopping distances. In other words, a driver needs to recognize a danger and hit the brakes on time in order to avoid a crash. Here, Indiana has determined that a driver would need at least 750 feet of distance from a car making a U-turn in order to safely recognize what is happening and to take appropriate action. Of course, if the driver cannot see the car, the driver cannot react at all, which is why the law prohibits U-turns in places such as curves or hills.

What About Median U-Turns?

A median U-turn occurs when a driver uses a break in the median to execute the U-turn. Generally, U-turns are safer when there is a median because the turning vehicle can leave the roadway and wait for traffic to pass. In this sense, median U-turns are a bit different than other types of U-turns. The Indiana Department of Transportation (IDOT) provides examples of different layouts to help drivers to better understand these different types of U-turns.

However, street signs and traffic control devices will always control what should happen at medians. So, even if a median U-turn would appear to be safe and legal, it is prohibited if a clearly posted sign says so.

What Happens If You Hit Someone Who is Making a U-Turn in Indiana?

If the other driver was making an illegal U-turn when you collided with it, then you should be able to argue that the other driver’s violation of a traffic law serves as evidence of the driver’s negligence. When someone breaks a law that is designed to prevent a certain type of harm from happening, it can be very compelling proof of negligence.

However, just because someone breaks the law, it does not mean that the person’s insurance company has to pay damages. For instance, you may be partially to blame for the crash if you had a reasonable opportunity to avoid the collision but failed to do so. This is why it is so important to speak with an attorney right away if you suspect there could be a dispute about who is at fault.

How Can a Lawyer Help You After a U-Turn Accident?

An attorney can do a lot to prove that another driver’s U-turn was unsafe and/or illegal and caused your accident. Examples of steps a lawyer can take on your behalf that will strengthen your case include:

If you are the victim of a careless or negligent driver, you deserve to be paid for your injuries. Ultimately, a lawyer will work hard to gather evidence that establishes the other driver’s negligence, present that evidence to the driver’s insurance company and demand just compensation for you.

To learn more about how a lawyer can help you if you hit a driver who was making a U-turn, contact Truitt Law Offices today and get started with a free consultation with one of our skilled and experienced auto accident attorneys.