Phil Truitt Off to Fast Start at Truitt Law Offices 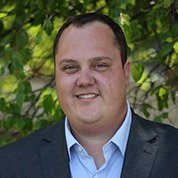 Have you worked with Truitt Law Offices at any point in the last 20 years? If so, you probably saw or met Phil Truitt. As Richard Truitt’s son, he has been a regular at the firm’s Fort Wayne office since he was a kid.

However, on May 14, 2019, Phil Truitt became more than a “regular.” He became a licensed, full-time attorney on the law firm’s legal team.

He has been off to a successful start, too. Through his first six months with Truitt Law Offices, Phil has secured over $760,000.00 in settlements on behalf of his clients.

“It’s been a really smooth transition because I’ve been here for a long time, and I understand how we do things,” Phil says, “but also, we have an excellent staff. They have been there as support and helped me to achieve great things for my clients.”

Phil earned his Business Management degree from Manchester University in 2015. He then went directly to Ohio Northern University’s Pettit College of Law and graduated in 2018. Even though he did some work in criminal defense and environmental law while in law school, he was naturally drawn to personal injury law and Truitt Law Offices.

He hit the ground running – to say the least. Eight days after he was admitted to the Indiana Bar, Phil got his first result – a $305,000 settlement for policy limits in a dog bite case.

The victim in that case, a child, had suffered puncture wounds to the thigh in an attack by a neighbor’s pit bull. Through investigation, Phil found social media posts which showed that the dog owner knew of the pet’s prior bites.

“That case purely involved negotiations between me and the insurance adjuster – lots of e-mails going back and forth,” Phil says. “But I had spent a month preparing for it and spending time with the client.”

“So, before we got to the final settlement, I had an answer for every argument that the adjuster had for why she couldn’t pay more,” he says. “I was able to rebut her with the facts immediately due to my preparedness.”

More recently, Phil secured a $250,000 wrongful death settlement on behalf of the family of a young man who lost his life in a moped accident. Again, the settlement was for the policy limits.

In that case, Phil uncovered evidence showing that the driver who hit the man on the moped was distracted at the time of the crash. He also could point to Indiana statutes which established that the man was operating his moped in a safe, legal manner when the wreck occurred.

The family had called Phil on his cell phone to tell him about the case. He secured the settlement for them within 3 months.

“He had lived with his parents, who were retired, and he took care of everything for them. So, getting the case settled for policy limits gave them the ability to quickly hire someone to mow the yard, clean the gutters, get the groceries … they were really lost, nothing will ever make up for the loss of their son, but we did what the law permits of us to help them” Phil says. “It also gave them much needed closure”.

As it turned out, during those years he spent growing up at the law firm, Phil was listening and learning. He observed how his father dealt with everyone from clients to insurance defense attorneys. He was ready to put those lessons to work.

For instance, he learned the value of preparation.

“I put the time into each and every case individually so that I have a game plan from the start – even if I don’t show all my cards from the start,” Phil says. “I often know what every single response from opposing counsel is going to be and am prepared to rebut.”

Taking the time to listen to his clients, in that sense, may be the most important lesson that he learned from watching his father at work.

“What really helps me is taking the time to sit down with each one of my clients before I get into the weeds of settling their claim. Knowing them on a personal level and understanding them helps me to advocate for them and fight for them as if it were my own life,” Phil says.

“Our mission statement is, ‘We listen. We care.’ And it’s really resonated with me over these last few months,” Phil says. “People just want to be heard and respected, and they want to know that you will do your best work for them.”

Phil was pretty sure that he was prepared for anything that came his way when he started at Truitt Law Offices in May. However, one thing he was not exactly prepared for – the reaction of his clients.

“I think I underestimated how grateful people can be,” he says.

For instance, he recently settled an injury case on behalf of a client whose property damage claim had been resolved several months earlier. The client wasn’t even sure she still had a case.

“She kept telling me that it was impossible for me to understand how much this money would change their lives right now,” Phil says. “It’s those moments that really stand out.”